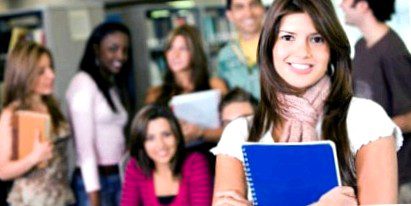 With a student loan, every student can securely finance their studies in a convenient way. This form of credit has only been offered since the introduction of general tuition fees in many german states. In comparison to bafog, student loans are not financed by the state but by a bank. But can the loan really be considered as an alternative to bafog?

There are some parallels between student loans and bafog, but you should still be aware that it is in no way a state subsidy. As with bafog, payment is made monthly and repayment does not begin until after completion of studies. With most providers, you can decide for yourself how much money you want to have credited to your account each month. In the case of bafog, the amount the student is entitled to per month depends on certain factors, such as the student's own assets and the parents' earnings. However, the bafog offers two advantages: on the one hand, only half of it has to be paid back and on the other hand, there is no interest on the loan as with the student loan.

Student loans can therefore be seen as an alternative to bafog, but the small differences can be noticeable in the end in larger amounts. After clarifying what such a student loan is in the first place, the next important question is for whom such a loan is useful at all.

A student loan is especially interesting for those who have no other possibility to finance their studies. Under certain circumstances, the bafog may not be approved and the parents may not be financially behind the student. If you have to move because the university is too far away and you have to pay rent, your studies can be very expensive. The kfw pays students, for example, up to 650 euros a month, which usually covers the usual costs can be covered. If you want to afford additional luxuries, you have to look for a part-time job. Another cost factor at many universities are the tuition fees, which can be quite high in some circumstances. Some students also take out a student loan in addition to bafog. Depending on one's own assets and parental income, it is possible to receive only 100-150 euros per month, which is simply not enough for most students to survive. Furthermore, a change of subject can be a reason for bafog recipients to take out a student loan. After a change of subject in the 2. In the second semester you will usually not receive any more student loans.

Where can I apply for a student loan??

Kfw forderbank and many other private banks offer student loans throughout germany. In addition, these can also be taken up at some savings banks and volksbanken. In this case, however, there is a regional restriction, which is why no blanket statements can be made.

Since april 2013, kfw has also been offering a student loan for a second or postgraduate degree. In this case, the studies can be completed either permanently or temporarily on a part-time basis. The age limit has also been generally increased to 44 years old.

The maximum monthly rate is 650 euros. With the first installment you will also have to pay the first interest, which will be deducted from the monthly installment right away. Accordingly, you will get paid a little less. As a rule, the loan can be applied for up to 5 years, if necessary and with a justified application even 2 years longer. There will be a one-off expense allowance of 238 euros for the sales partner. With selling partner is meant in the case the bank, with which one must submit also the request, the certificate of study and the achievement proof. The kfw initially takes over the expense allowance, but this is then repaid together with the rest of the loan.

Are there any restrictions?

In principle, all full-time undergraduate and master's students at a state university in germany receive a loan. Since 2013, a student loan can also be obtained by all those who are pursuing an advanced, second or supplementary course of study. If the course of study is changed during the loan period, the previously subsidized semesters will be deducted.

In order for the loan to be disbursed, as with an ordinary loan, some requirements must be met: for example, the german and EU citizenship with a minimum period of residence of 3 years in the federal territory has the highest priority. If you are older than 45 when you start your studies, you will no longer be able to obtain a loan. After the 5. In the first semester you have to present a certificate of achievement. There is no legal claim to the loan.

Repayment of the loan

After the end of the study there is a 23-month repayment freedom. As a rule, the amount must be repaid within 10 years, but the time span can also be increased to 25 years.