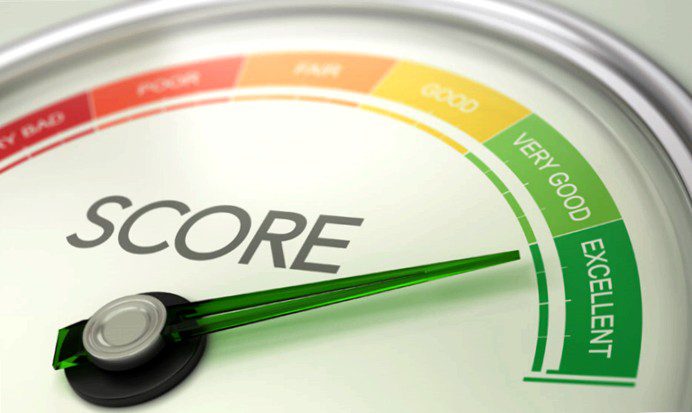 Basically, just about everyone scans – whether they're going to a restaurant or buying a car. Based on past experience or even other people's experience, as well as other assessments, we make predictions for the future and make decisions based on them.

When lending institutions use scoring to make loans, they want to accomplish something similar: their goal is to ensure that loans can be repaid. They analyze empirical data on the ability to pay in order to be able to make a forecast on the probability of a customer defaulting on payment. But scoring is also used in online trading or for insurance purposes. For example, a score can also determine whether you are allowed to buy online only against prepayment.

"Score" in english means as much as number of points. Scoring is a statistical procedure used, for example, to obtain indications of the future payment behavior of individuals or companies. It is used by credit institutions, credit agencies such as schufa and rating agencies. Credit scoring is used for all types of credit transactions and is intended to facilitate fair and objective credit decisions. Credit institutions determine the score as part of the creditworthiness check. It lies between 1 and 100. A person seems more creditworthy the higher the score number is. 100 percent cannot be achieved, however, because such statistical evaluations make such a high probability impossible. The score value determines whether a loan is granted and on what terms.

The best-known scoring system is the schufa scoring system. A distinction is made between two types of score values: the basic score is given in the self-disclosure as a percentage and is not updated daily. It takes into account the financial actions of the person in question.

The second type is the industry score, which is calculated on a daily basis. Anyone who orders goods on the internet, for example, can assume that the provider will check his or her creditworthiness – for example, with schufa. This then transmits the respective schufa industry score to the company. The percentage score enables this company to estimate how likely it is that the buyer will pay his bill. To become a schufa contract partner, companies must meet many requirements. There are seven different industry scores: mortgage bank (hyposcore), mail order, retail, telecommunications, cooperative banks/savings banks, banks and the schufa business line.

What data is used?

Scoring by credit institutions is based on information about the customer, z. B. Personal data or previous payment history, and data from credit agencies such as schufa. There is no uniform scoring procedure, and the calculation of the score remains opaque. According to schufa, the formula for calculating the score is known to the responsible data protection authority and is checked by this authority and independent scientists.

According to schufa, however, the following have no influence: marital status, religion, nationality, salary or assets. Credit obligations do not necessarily have a negative impact. The score can even be better with a current loan than without a loan. However, negative influence can have numerous credit inquiries. However, the mere inquiry may not be taken into account, which is why schufa has introduced the feature "condition inquiry.

Consumers can view their score and stored information with credit bureaus like schufa once a year for free and have it corrected if necessary. This is advisable in order not to suffer disadvantages due to incorrect or outdated schufa entries.