For decades many austrians did not worry about their old-age provision. If you wanted to secure some wealth in old age, all you had to do was take a job with obb or a similar public sector company. Unfortunately, this train has now literally left the station. Nowadays, no job decision can guarantee a sufficient living in old age. The state pillar is in fact becoming increasingly weaker.

Because of the inversion of the age pyramid, less and less is paid into the state pension account of each individual. Conversely, the other two pillars are gaining in importance. Legislation increasingly favors workplace pensions, but as the labor market also changes and more and more people earn their own money, retirement planning for many people almost just means private involvement.

What does the pension plan consist of?

Before we turn to the important, private pillar, let's take a brief look at the first two pillars of old-age provision. On the one hand exists here the legal pension provision. Unfortunately, this part increasingly provides with less efficiency, which is clear from the widespread term minimum pension. More specifically, this term refers to the equalization allowance guideline rate. This additional allowance is intended to close the difference between the existing income from gross pension, net salary and alimony and the minimum income set annually. The increasing importance of this gap-filler shows the weakness of the statutory pension scheme.

In principle, the company pension plan is only available to very few employees in top positions. However, when the term is used a bit more broadly, many mean "severance pay new" with company retirement plans. The government has granted some options in this area, which employees should check with their works council or insurance adviser about. In fact, the clearances can be taken with you and at a certain point can be converted into a supplementary pension. 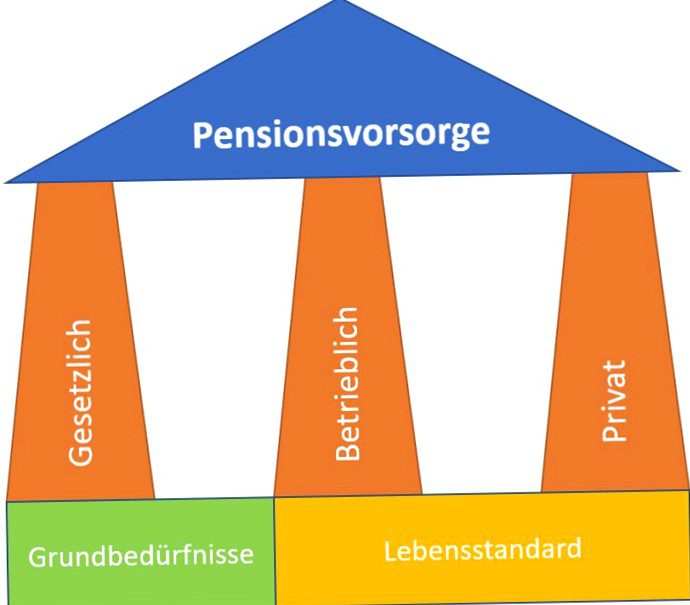 What opportunities are offered by the third, private pillar of retirement provision?

While traditional pillars are crumbling, private pension options are expanding. Thus can be provided depending upon personal taste and very diversified for the age:

What to consider with life insurance policies?

The first big argument in favor of this type of pension plan is always the tax advantages. The tax reform in 2016 has limited this argument, but it is still valid to a certain extent. For life insurance policies issued after the 1. If the policy was taken out on january 1, 2016, the deposits can no longer be deducted as special expenses. Nevertheless, the income from this form of savings is not subject to income tax or capital gains tax, provided some conditions apply:

It does incur insurance tax, which is assessed on the contributions for the insurance, but on the est. And the kest. To save, can be profitable, especially with long-term forms of savings. The tax rates are only 11 or. 4 percentage points for most endowment policies. The capital gains tax for a savings book, on the other hand, makes 25 percent. Dividends from stocks are taxed at 27.5 percent since tax reform in the first place.

Does life insurance still pay off?

With regard to the acquisition costs of life insurance, the situation has also improved significantly in recent years. With all the insurances that come after the 1. If the contract was concluded before 1 january 2007, the costs of the contract may only be spread over the first 5 years of the contract (source: consumer law). Therefore, the policyholder can be sure that after this initial phase, the capital will begin to increase quickly.

Tip: many policyholders chose to pay more into the policy at the beginning of the contract period to better bridge this initial period of higher fees. Since almost all contracts contain payment breaks and similar flexible clauses for variable deposits, this is quite possible to create a full pension account for oneself.

Nevertheless, based on the current low-interest phase, which has already lasted for several years, it is important to pay close attention to what return can be achieved. The guaranteed annual premiums decrease namely more and more or are no longer granted at all. This is why every policyholder should keep the option for unit-linked life insurance open. These variants do involve a little risk of capital loss, but young people in particular can still take these risks in terms of higher returns, only to switch to the safe composition later on.

What happens at the end of the term?

Another important question arises at the end of the term. Should the saved capital be paid out as an annuity or as a one-time amount? These considerations have to be made very personally, because there are enough good arguments for both decisions. Trained insurance agents can inform about all the background and the exact arrangements of life insurance policies:

What is special about the premium-favored pension plan??

This model for retirement savings was built similar to building savings contracts. Every person with unlimited tax liability in austria is eligible for this type of retirement plan:

As with building savings, the state increases the actual interest by a fixed premium, which is currently 2.75 % (as of 2017). Accordingly, this safe form of savings offers a lucrative one-time return of between 4.25 and 6.75 percent, as the interest rate is also fixed between 1.5 and 4 percent.

However, because of this extraordinary return, the capital from the subsidized pension plan may only go to certain uses that have to do with the pension:

A very subtle and popular method of retirement planning is investing in real estate. Once rent is eliminated, even the minimum pension seems like a much larger income. From a financial perspective, an apartment or house is equivalent to a steady stream of income, which is equivalent to the rent you would otherwise be paying. Of course, capital must also be expended to maintain the condition of the property, but even those who live for rent must provide at least some of the interior furnishings themselves. 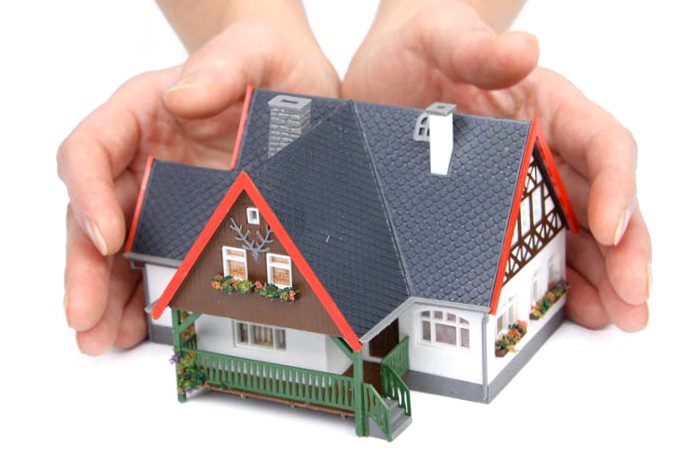 But real estate assets also do not create themselves. Unless inheritances lead to this good fortune, even these luxuries must be saved for old age, and this is where financial services providers come in again, so that enough returns accumulate over the years to buy and maintain a nice condo or house in the countryside.

Save privately for old age

As a last option, responsible people are of course also free to save for old age themselves, in order to then open a supplementary pension by means of a single premium upon retirement or simply to live independently from the saved capital. However, in order for one's assets to grow sufficiently into old age, a reliable financial advisor is again needed. These experts can be found very well through the intermediaries of other pension provisions. With the prosperity in the age it behaves consequently similarly as with the ways to rome. All roads lead in the same direction, namely towards a professional with his prudent advice.